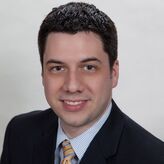 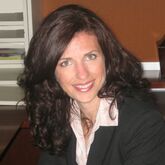 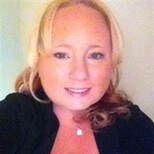 ​​​Eric is the Assistant Vice President of Architecture for RXR Realty and oversees architecture and design for RXR’s NYC portfolio. Eric holds a B.Arch degree from Syracuse University. Eric is active in the US Green Building Council. Since our first event in 2007, Eric has played "host" on behalf of RXR Plaza for the Canstruction Long Island competition.

Anne Bershatsky is a Senior Project Manager of Design for RXR Realty's Long Island portfolio.  Her responsibilities include space planning and design for tenant space, cost estimating  assistance with construction phase services. Anne previously was the Assistant Marketing Director for a large Architectural firm in NYC and was a Junior Architect for an Architectural firm in Southern California as well as for firms on Long Island.  Anne recently joined the Board of Directors as RXR’s liaison for Canstruction Long Island Competition. She has been active with Canstruction since 2016. Anne graduated with a B. Arch, with two minors in Art and Management from Rensselaer Polytechnic Institute.

Jenny-Lynn Georgiades is VP of Sales and Design for Waldner’s Business Environments in Farmingdale, NY.   Established in 1939, Waldner’s is a leading Steelcase dealership and Certified Women’s Business Enterprise (WBENC) that provides furniture, service and technology to businesses nationwide. Jenny-Lynn is responsible for leading sales and design personnel in identifying business opportunities and developing solutions that create better workplace experiences within the Long Island marketplace. As a member of Waldner’s leadership team, she helps to develop and implement strategies that attain corporate level goals.  Jenny-Lynn has a Bachelor of Fine Arts with a major in Interior Design from NYIT and a Master’s Degree in Business from Adelphi.  She has been a member of Canstruction Long Island for 6 years and a part of the Executive Board for the past two years.

Andrea Sobocinski is the CRM Administrator at H2M architects + engineers, headquartered in Melville, NY.  She has been with the company since 2004 and her current responsibilities include: overseeing and implementing the data associated with the company’s CRM database, managing corporate website updates, and facilitating various departmental processes.  She has been an active participant with Canstruction Long Island since its inception.  She has captained teams for several years, becoming a member of the committee in 2014.  Andrea has a Bachelor of Arts in Music Business from SUNY Fredonia and a Master of Business Administration from the University of Liverpool.

Corrine Collins is the Marketing Manager for Nelson + Pope, a multi-disciplined engineering, architecture and surveying firm headquartered in Melville, NY. Throughout her career, Corrine has specialized in marketing for engineering firms, including the development and implementation of strategic and focused marketing efforts, the coordination and creation of proposals, marketing collateral, public relations initiatives, website design, identity branding, database management and social media implementation. Corrine has participated on four Canstruction teams, winning two awards. Corrine previously served as Director of Education on the board of SMPS Long Island and most recently served as the Long Island affiliate on the Board of SMPS New York. Corrine received her Bachelor of Arts degree in Psychology from Stony Brook University.

Jeremy is a programmer and web designer for Null Networks, Inc. The company is focused on helping small businesses automate as much of the day-to-day mindless work that every job requires to allow employees to focus on more important tasks. His addition to the Canstruction Long Island Board of Directors has led to a large reduction in the IT budget in addition to a number of tools to help with sharing data among everyone involved in the competition.

​​Tracy is a Senior Marketing Coordinator for Greenman-Pedersen, Inc., a consulting engineering firm headquartered in Babylon, NY with over 20 offices on the east coast. Throughout her career, Tracy has specialized in all aspects of marketing and business development for firms in the engineering, contract furniture, and communications industries. She earned her Bachelor of Science degree in Business/Marketing from C.W. Post College, Long Island University. Tracy served on the Board of Directors of the Society for Marketing Professional Services – Long Island for six years. Tracy was recognized as a 2013 Woman of Distinction by Chad Lupinacci, Assemblyman, 10th District, and was presented with the 2011 Community Service Award by the Long Island Chapter of the International Association of Business Communicators. Tracy is also the founder of 100 Women Who Care about Long Island, a philanthropic group that seeks to make a difference in our local communities by supporting charitable organizations serving Nassau and Suffolk Counties. Tracy was recently featured as one of News 12's "12 Making a Difference" for her work with both charities